London, Copenhagen and Bonn are the three venues of this installation, for which a new cork composite has been developed.

Amorim Cork Composites has developed an innovative cork composite specifically for the One Two Three Swing! Installation, designed by the Danish collective, SUPERFLEX. Originally created for the Tate Modern in London, the work has been replicated in other venues, including Bonn and Copenhagen in 2018.

“Cork plays a key role here, serving as an elastic floor. When we have swings, we need a smooth floor (...) Above all, cork is an organic and non-synthetic material. It serves a purpose and a function. At the same time, it's soft.”

From October 2017 to April 2018, there were approximately 15,000 visitors per day to the Turbine Hall - Tate Modern’s iconic space for large-scale projects. They had the chance to walk on a huge cork installation, measuring about 5000 m2, as an integral part of the One Two Three Swing! Installation created by SUPERFLEX, in the framework of the 3rd edition of the Hyundai Commission.

“One of the first challenges of this project was to identify a surface that would comply with the safety characteristics required of play structures, and yet not make the artwork feel like a traditional playground. As Portuguese architects, we naturally thought of cork and reached out to Amorim. After months of collaboration, development and testing, we arrived at a solution which passed all safety regulations and provided us with a continuous, natural flooring surface. It was very satisfying to see this beautiful material featured in such a successful way.” 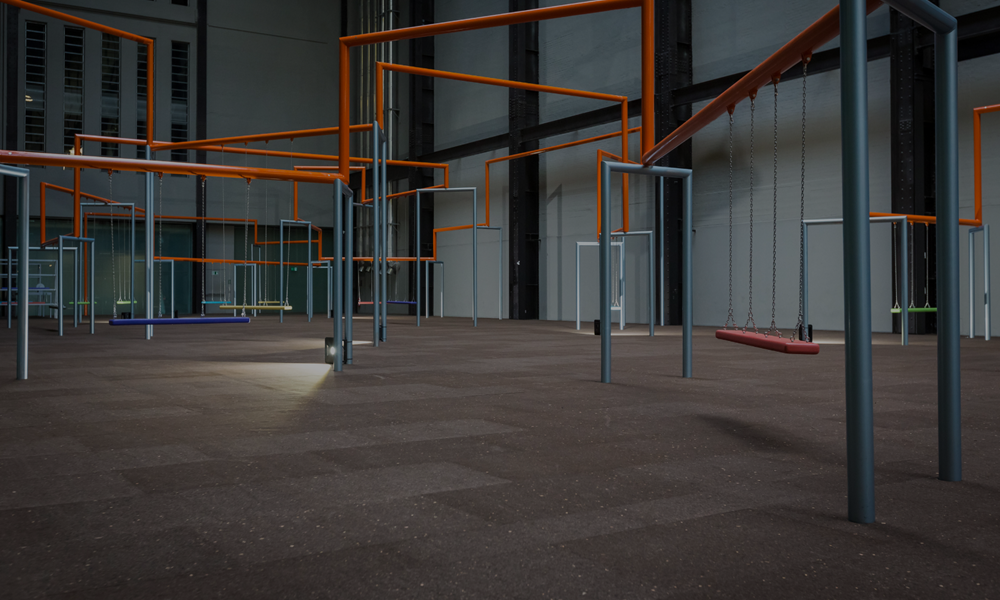 SUPERFLEX’s installation also enjoyed a highly positive reception from the press, with around 70 published articles and four-star ratings in the newspapers, The Times and The Evening Standard. In view of all the marketing initiatives conducted, the London museum estimated that close to 21.8 million people were reached.

“The motivation of the company's R & D teams and the know-how associated to the material were decisive in ensuring a prompt response to development of a new typology of cork. (...) After the Serpentine Gallery Pavilion and the Victoria & Albert Museum, we’re extremely proud to see that cork is once again used as a key material in a major cultural event in the UK, this time in the Tate Modern.”

The Amorim group's participation in the project was also widely reported In Portugal.

Following the success at the Tate Modern, the installation may be visited at the Bundeskunsthalle in Bonn, Germany, in the framework of the Playground Project, until 28 October 2018; as well as in the Copenhagen Contemporary, the Danish capital’s centre of contemporary art, until December 30, 2018.

Throughout the various stages of the project, Amorim Cork Composites worked closely with the group of artists to build and improve the initial cork composite, based on the information and knowledge acquired. 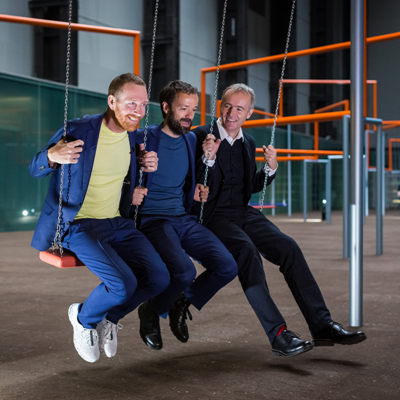 The Danish collective SUPERFLEX was set up in 1993 in Copenhagen by Jakob Fenger, Bjornstjerne Christiansen and Rasmus Nielsen. The group is internationally recognized for its interest in urban spaces and the way in which it uses art to question contemporary society and culture. The collective’s work has been exhibited in several museums around the world.

Visitors to the "Hyundai Commission: SUPERFLEX: One Two Three Swing!" are now able to walk along a colossal cork installation, presented in the Tate Modern - one of the world's most respected contemporary art institutions.
Know More 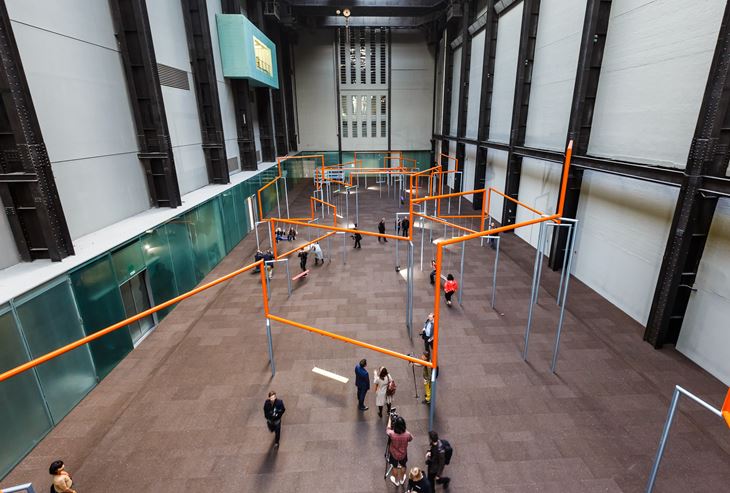