The reforestation was carried out under the "Common Forest" project of Quercus, which has been ensuring the planting of thousands of native trees, since 2011.

This action forms part of the company's Sustainability Program, the "Natural Choice".

Vila de Mora, in the district of Évora, recently welcomed 80 volunteers of Corticeira Amorim who planted 2000 cork oaks, thus increasing the forest area of Portugal's National Tree. Herdade da Barroca, a property of Santa Casa da Misericórdia de Mora, was the scene of the initiative that directly involved the community of workers in the preservation of the Portuguese forest, among them a team from Amorim Cork Composistes (ACC).

This action forms part of the company's Sustainability Program, the "Natural Choice", and has the support of Quercus, through the "Common Forest" project, which has already accounted for the planting of 15,000 cork oaks throughout the country.  This partnership, which unites Corticeira Amorim with Quercus, is based on the cork stopper recycling program "Green Cork", which intends that all the revenue resulting from it will be used to finance the preservation of the native Portuguese forest.

After similar initiative have taken place in other geographical locations, the Alentejo region is once again chosen for planting the cork oaks. The climatic conditions of this region are conducive to the development and survival of the species. This is why this area has one of the most extensive areas for planting cork oaks in Portugal (the world leader in cork oak forest area).

“The cork oak is a tree with unique characteristics, which represents a huge income for Portugal. By planting this tree I have contributed to the sustainability of the species, which makes me very satisfied!” 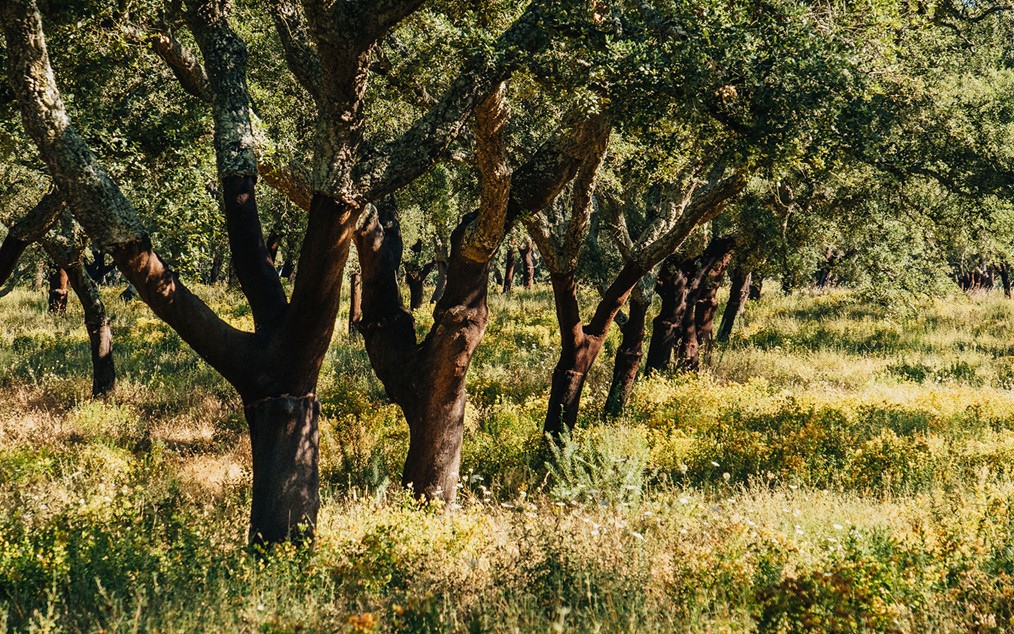 “This initiative is important because it promotes socialization among the workers of the group. The planting of cork oaks, besides being a present for the landscape (from an aesthetic point of view), is beneficial to the soil, to the air quality and to biodiversity in general. It is often said that we all have the duty to plant at least one tree in our lives. I have already done my duty!”