With over 2.2 million hectares of cork forest, about one third (approximately 720 000 hectares) is situated in Portugal. Facts and Curiosities

How important are cork oak forests?

Cork oak forests contribute to the preservation of biodiversity and the survival of many indigenous animal species, some of which in danger of extinction. Equally important is its role in capturing CO2, the regulation of the hydrological cycle and restraining environmental and social desertification.
Cork oak forests form cultural landscapes, i.e. systems which have resulted from human action from the use of various resources: the cork, the fruit for animal feed, the pastures and agricultural crops. According to the WWF - World Wild Fund for Nature, over one hundred thousand people in southern Europe and north Africa directly and indirectly depend on these forests.

What is the world cork production?

Is cork an endangered natural resource?

No. The harvest of cork is a controlled process and does not require the cork oaks to be felled - on the contrary, it contributes to their regeneration. It is the cork industry which makes the continuity of the cork oak forest viable, by contributing to the maintenance of forests and the populations that depend on them. A recent estimate forecasts that in Portugal alone, where there is the world's largest cork oak forest area, the harvestable cork shall be enough to meet market demand for the next 100 years.

What is the world cork forest area?

It is estimated that there are over 2.2 million hectares of cork forest. About one third (approximately 720 000 hectares) is situated in Portugal, which represents 23% of the national forest area. Half of the world cork production is Portuguese. The rest comes from Spain, Italy, France, Morocco, Tunisia and Algeria.

Besides cork, which other activities make cork oak forests viable?

Besides constituting a natural ecosystem which is unique in the world, cork oak forests make a wide range of agricultural, forestry, forest grazing, hunting and economic activities viable: the harvesting of medicinal plants and mushrooms, honey and beeswax production, coal production, hunting, cattle breeding, birdwatching, tourism and horse riding. It also gives rise to the creation of indigenous food products which are certified by the European Union.

In the seven Mediterranean cork-producing countries, over one hundred thousand people directly or indirectly depend on the economy provided by cork oak forests. 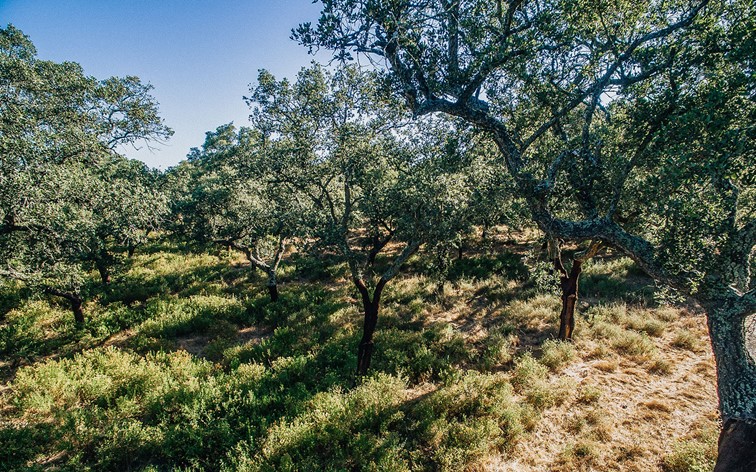 Thanks to the thermal and weak combustion properties of cork, cork oaks are more fire-resistant than other trees. The slow combustion of cork makes it a natural fire retardant, forming a barrier against fires. Its combustion does not release smoke or toxic gases.

How important are cork oak forests in the preservation of the species?

The cork oak forest is the basis of one of the 36 most important ecosystems in the world for preserving biodiversity, on par with Amazonia, the African Savanna and Borneo. It is the natural habitat for 135 plant species and over 200 animal species - including 160 bird species, 37 mammal species (in Portugal, it is home to 60% of the country's mammals) and 24 species of reptiles and amphibians. Among the cork oak forest animals there are some which are in danger of becoming extinct, such as the Iberian lynx, the world's most threatened feline species and most endangered carnivore in Europe. 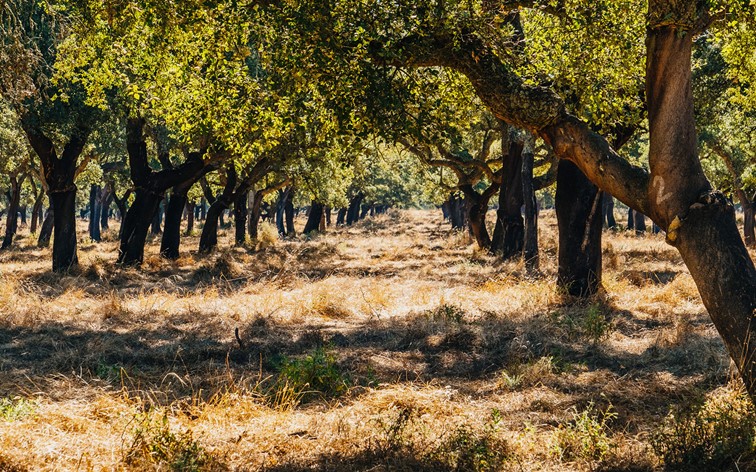 Which endangered species depend on the cork oak forest?

The most endangered species is the Iberian lynx, only found in Portugal and Spain and considered to be critically endangered. According to the WWF - World Wild Fund for Nature, the total number of surviving Iberian lynx in these two countries is lower than 150 adult individuals. Among the endangered species of the Mediterranean Basin, the cork oak forest is also home to the Iberian Imperial Eagle (Portugal and Spain), the black vulture and the black stork (both in Spain) and the Barbary Stag (Tunisia and Algeria).

What is the retention volume of carbon dioxide associated with the cork oak forest?

It is estimated that every year cork oak forests retain up to 14 million tonnes of carbon dioxide, a sizeable contribution for reducing greenhouse gas emissions, the main cause of climate change. In Portugal alone, the CO2 retained associated with cork oak forests is around five million tonnes/year (5% of total CO2 emissions in the country). A stripped cork oak absorbs, on average, five times more CO2 during the natural regeneration process than an unstripped cork oak. 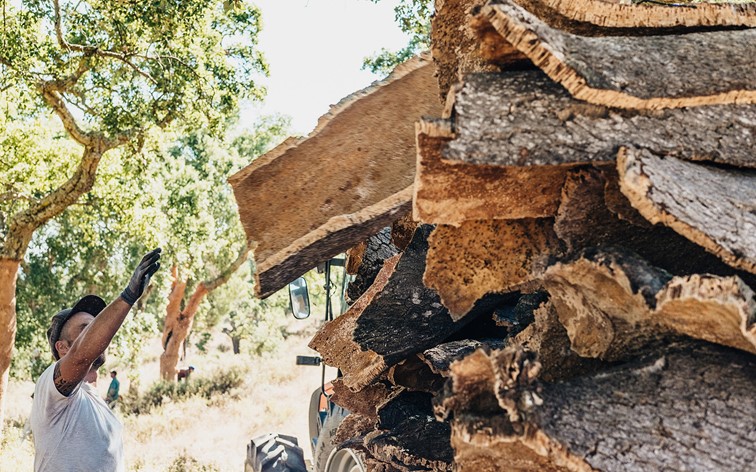 Why is cork stripping the highest paid agricultural work in the world?

It is due to the high level of expertise necessary to harvest the cork without damaging this precious resource. 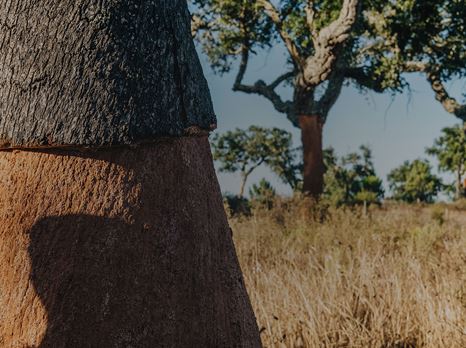 Mainly found in temperate and subtropical regions of the Northern Hemisphere, the oak tree has an average lifespan of over 200 years.