The last object James Irvine designed for Amorim has, in his own words “a little story: it remembers a wonderful dinner by the sea, with such amazing talk about wine and some incredible vintage port’s drinks. So I started thinking that these wonderful bottles need to be cuddled and carried with the greatest of care. That is how I thought up SIX.”

SIX combines the smoothness of cork with the simplicity of an aluminium handle in a sturdy, yet elegant, solution to carry and exhibit wine or spirits.
By evoking the ancestral relationship between wine and cork six offers to give you a hand when showing up for dinner. if bringing wine is far from original, display it in six…unexpected and irresistible! 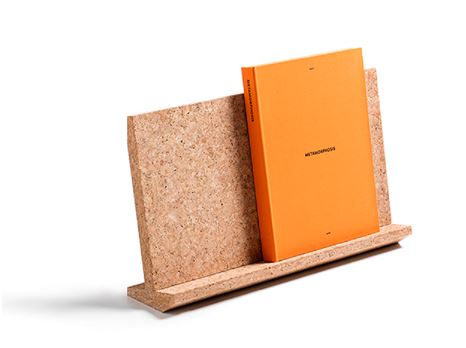