News
/ Marco Sousa Santos: Cork should be used for its mechanical characteristics

Marco Sousa Santos: Cork should be used for its mechanical characteristics

"Cork should be used primarily for its mechanical rathe"

Portuguese designer Marco Sousa Santos is one of the most respected figures in national design. With a contemporary look, often focused on daily life, it is in the elementary nature of materials and objects that he often finds inspiration. Cork is no exception.

Marco Sousa Santos' Alentejan roots drew him very close to cork at a very early age. "My family is from Alentejo and cork was everywhere" he recalls. "Living in Lisbon and spending periods in Alentejo, my principal memories of cork include some strange and simple objects, such as the ‘cocho’ (a kind of trough) and the 'tarro' (a pot). They were used everywhere as daily utensils. We used the pot to bring ice to the table and the trough near the water spout.” Marco Sousa Santos' design approach preserves this connection to his ancestral roots and the specific uses and customs of a time and place. This is what happened for the set of objects he designed for Amorim's Materia collection - Lasca, a set of support or work surfaces, with organic shapes.

“The set of cork stones (or pebbles) that I designed, served as a kind of reference to the most elementary act of designing,” he explains. “These symbolically chipped cork pebbles represent a functional transformation, reminiscent of the first moment in which man intervened in matter (stone) and transformed it into a utensil (a flaked stone tool). In the case of cork, the added value was the plasticity of agglomerated cork as a material that can be sculpted.” 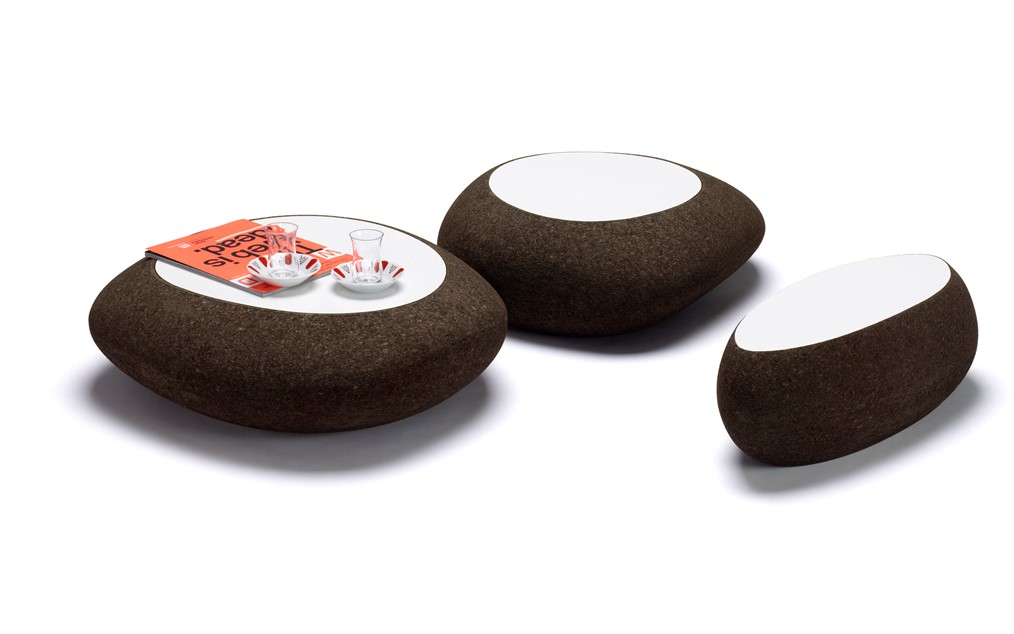 Cork has many qualities, especially when we think that no technologically produced material can offer as many and as diverse attributes. But what should be highlighted in this material that is so complete and versatile? Marco Sousa Santos has no doubts: “Its plastic and its mechanical nature. Plastic - due to its texture and 'warm' and smooth surface - and mechanical - as a solution for several technical problems, such as impact, insulation, sealant etc.”.

With a career spanning more than three decades, and with profound knowledge of Portuguese design, Marco Sousa Santos believes in the potential of this inherently Portuguese material. But what interests him the most is its mechanical characteristics, and the match between material and function. “Although I have already designed several items of furniture and lighting products, I think that cork has been wrongly used in this area. Cork should be used primarily for its mechanical rathe than its formal characteristics, since it is only from this perspective that it can be used sustainably and valued. In the perspective of "good design" a material must be used rationally and adequately, in line with its elementary functional objective, ... designers are facing an increasingly important challenge to know how to use materials."

Cork will never cease to surprise creative minds and designers, but it is possible that in the past there was already a great deal of information and innovation. When we want to know which cork object fascinates him the most, Marco Sousa Santos goes back to our origins: “Cork, because it is almost like the wheel, or the nail or the ladder. They are archetypes of human existence and culture. Without the cork and its perfect adaptation to the preservation of wine or oil, food wouldn’t have evolved in the same way. It would certainly be different, and the culture of wine would not be the same and that would be a huge loss for humanity. ” 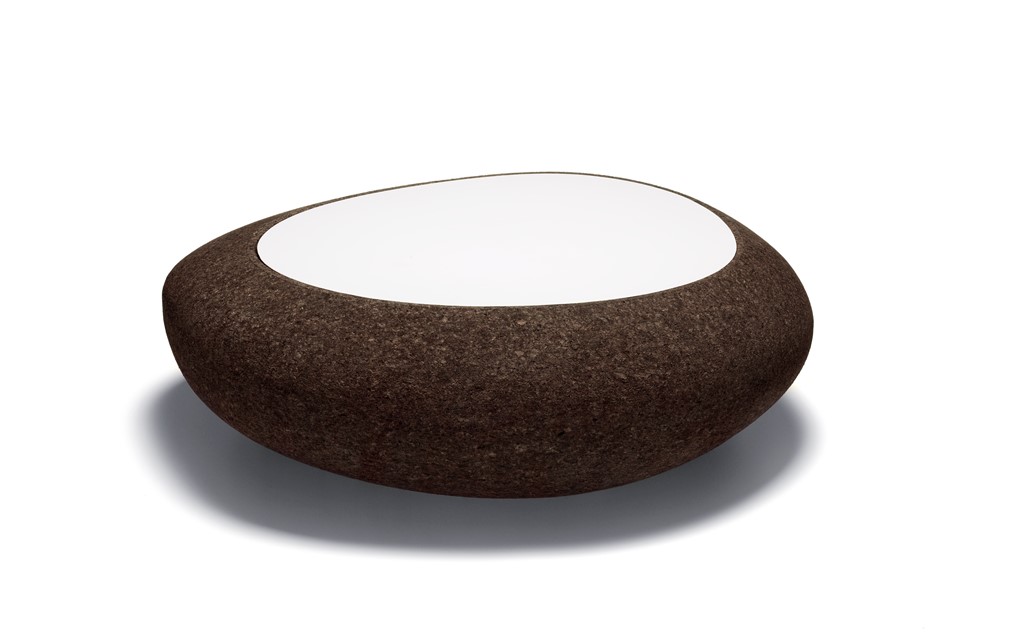 With a career that spans three decades, Marco Sousa Santos is a Product Design graduate from the Lisbon Faculty of Fine Arts. A founding member of breakthrough Portuguese studio Protodesign (99/01) and cultural platform experimentadesign (98), he founded his own studio in 2002, collaborating with the likes of Tronconi (IT), Moroso (IT), Kvetna (CZ), Atlantis (PT), Renault (FR), TemaHome (PT) and sixinch (BE).

Marco's designs have been featured in shows at prestigious cultural venues such as V&A Museum (UK), Trienale de Milano (IT) and Interieur Courtrait (BE). In addition to his work for major international labels, Marco Sousa Santos has been equally committed to exploratory authorial projects centred on a given material or typology, which he then probes meticulously, defying preconceived notions and boundaries.

MATERIA is a collection of objects that work well and feel good in contemporary homes and lifestyles.