"Cork. Don’t leave Earth without it!"

"NASA will continue to rely on your aerospace thermal protection materials".

Donald Thomas spoke with Amorim Cork Composites about the benefits of cork for the aerospace industry, his experience and contribution to space achievements and how he sees space exploration over the next decade. A fascinating interview to read, learn and dream.

You’re very familiar with the fact that Amorim has been working with NASA as a technology partner since the beginning of space exploration. How do feel about being part of this legacy?

I’m extremely proud to have had the opportunity to be part of our country’s space program including the amazing opportunity to fly on the Space Shuttle on four occasions. And to know that Amorim cork played such a critical role in the thermal protection system of the Solid Rocket Boosters makes me so thankful to Amorim’s great team of employees. The work you have done in the past watching out for astronauts’ safety is truly appreciated by all the astronaut crews that flew the Space Shuttle during its thirty-year program.

And Amorim’s involvement does not end there. NASA is busy designing, building, and testing our next generation of launch vehicles, called the Space Launch System. With the first test launch currently scheduled for 2019, this will be one of the biggest and most powerful rockets ever built by NASA and will have the capability to send astronauts back to the moon and to Mars. NASA will continue to rely on your aerospace thermal protection materials as we take on these incredibly complex and challenging missions ahead. 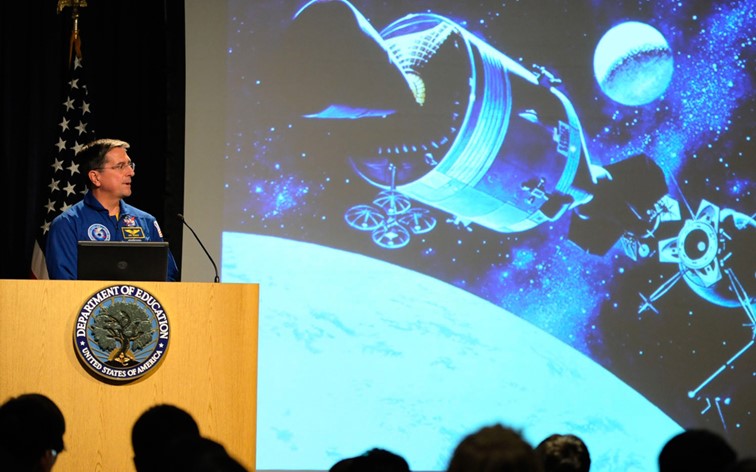 “Amorim cork played a critical role in the thermal protection.”

On the verge of Mars colonization and deep space exploration over the coming decades, how do you think your experience as an astronaut has contributed to this momentum?

Even though the Space Shuttle and International Space Station programs were focused exclusively on Earth orbit missions, what we have learned and the experience gained will be a tremendous help as we head to Mars and explore deep space. Much of the technology we will be using in the new Space Launch System rockets is derived from previous experiences and developments from the Space Shuttle, including the use of solid rocket boosters and the Space Shuttle Main Engines.

Much of what we have learned in life support during the ISS program will be useful for the design and building of habitats on Mars. And the reliability in our systems developed for the ISS will be invaluable for the Mars missions which will take place much further from Earth. We have also learned a lot about the human body in space during extended periods of time. Scott Kelly’s One Year mission and the dozens of other astronauts who have lived aboard the ISS have greatly advanced our knowledge and ability to keep astronauts healthy in space for long periods of time.

“We have also learned a lot about the human body in space during extended periods of time.”

From your perspective and experience, what will be the key needs of the aerospace industry over the coming decade?

One of the biggest developments in the next decade will be NASA’s new Space Launch System rockets which will open the door for astronauts to leave Earth’s orbit and travel to deep space destinations such as Mars. Once this series of rockets has been developed and tested, the doors will be open for many different destinations such as asteroids, the moons of Mars, or landing on the red planet. I am envious of our young students today in classrooms who will be our next generation of explorers undertaking these exciting missions.

I think the next decade will also see the development of commercial space travel. In the past only the very wealthy were able to purchase flights to space. But with numerous commercial space companies such as SpaceX, Blue Origin, Virgin Galactic, and many others, I envision there being many possibilities for citizens to visit space in the future. From relatively short sub-orbital experiences to visiting commercial space stations, there will be a range of missions for the public to choose from.

I am excited about the possibility of commercial space travel so that many more individuals will have the opportunity to see what an amazingly beautiful planet we live on, as I have seen it. About 550 people have flown in space to date and nearly every one of them has returned to Earth with a keen appreciation for how fragile our planet is and how we all have a responsibility to take better care of the Earth. And the more people that can experience this incredible view from space, the more people we will have to help spread the word. Earth is such a beautiful world and we frequently find ourselves taking it for granted. Seeing the Earth from space is definitely a life-changing experience! 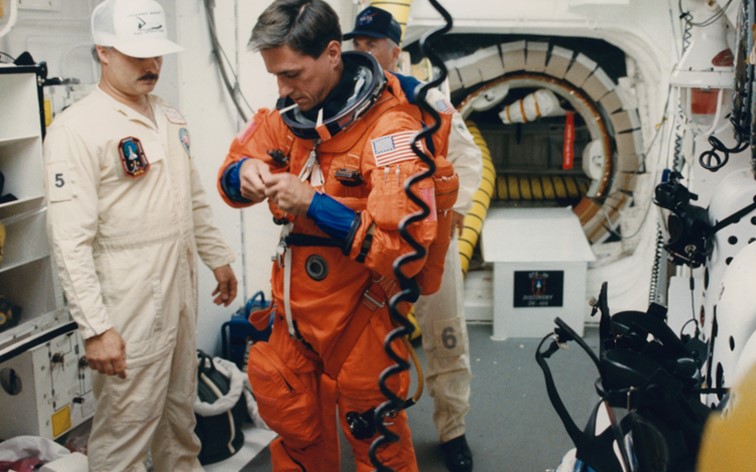 “Future generations will literally be able to reach for the stars.”

Cork is being part of the news. What do you think that hasn't been said yet about cork in the space industry?

Cork… it’s not just for use on Planet Earth! Just as cork has been such an important component of the thermal protection of nearly every rocket launched from Earth, I expect it will find similar applications when we are visiting other moons and planets in our solar system and eventually launching rockets back home from their surfaces.  Cork… don’t leave Earth without it!

Don Thomas is an astronaut, scientist, professional speaker, educator, and author of Orbit of Discovery, about his STS-70 mission aboard the Discovery space shuttle. A veteran of four flights, Don has spent 44 days in space and orbited the Earth nearly 700 times. Today, Don is helping to inform and excite the general public about our future in space and preparing our next generation of scientists, engineers, and explorers for their missions in the future.